Is the thought of leaving your career behind unthinkable?

Protect yourself so when you leave work you have the best chance of winning your disability claim. We know how to help.

How a Disability Attorney Can Help You Leave Work Protected

Figuring out how, and when, to leave work and file for long term disability is difficult. You worked hard to build your career. Leaving it all behind - unthinkable. The uncertainty and devastating financial consequences - overwhelming. It’s a high-stakes gamble you can’t afford to lose.

Riemer Hess, a firm of disability attorneys based in New York City, has been helping disabled professionals and executives plan successful exits from work for over 25 years.  Our 95% success rate is due to our extensive knowledge of the particular problems disabled professionals face when leaving work.  Our disability lawyers will tackle your unique case with our proven strategy. We know exactly how to bypass an insurance company’s roadblocks and protect your financial future.

When you hire Riemer Hess, you’ll take back your sense of control.  We’ll be with you every step of the way.  To achieve your goals, we need to understand your unique situation. We take the time to speak with you and clearly understand your medical conditions, symptoms, and situation at work. That way we can tailor an individual plan that works best for you.  Once we fully understand your circumstances and your goals, we’ll implement our time-tested strategy for exiting work safely, smoothly, and with dignity.  Our strategy is designed to:


Our strategy has protected thousands of disabled professionals in the NYC metropolitan area.  Having a disability attorney help you from the beginning can make all the difference.  Just compare the stories of professionals like “Do-It-Alone Dan” and “Protected Patricia.” 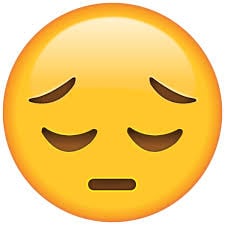 Dan is a 49-year-old software developer who’s been working for the same international bank for the past 12 years.  About five years ago, Dan noticed fatigue and mild tingling sensations in his feet.  After seeing several specialists and undergoing a battery of testing, Dan was diagnosed with Multiple Sclerosis.

Dan was terrified, but determined not to let the diagnosis dictate his future.  He continued working for several years without serious issues while his condition was relatively stable.

Unfortunately, Dan’s condition took a turn for the worst over the past few months.  His fatigue worsened to the point where he was practically sleeping at his desk.  The bank tried to accommodate Dan by allowing him to work from home, but Dan still kept falling further behind on his work.  The accommodations weren’t enough.

Dan knew he had to start thinking about long term disability, but he wasn’t sure where to start.  He tried to review his policy on two separate occasions, but found it to be too confusing and overwhelming.  He waited and waited until the unspeakable happened – the bank fired Dan.

He wasn’t exactly shocked, but he thought he had more time.

Dan immediately called the insurance company to ask about filing a long term disability claim.  After sitting on hold for an hour, a cold voice explained that Dan was no longer eligible to receive benefits because he was no longer an active employee.  Shaking with frustration and anger, Dan hung up the phone.  Now what?

With no plan, no help, and no understanding of his rights, Dan lost everything.

Compare Dan’s story to that of “Protected Patricia,” who sought the assistance of Riemer Hess before she left work. 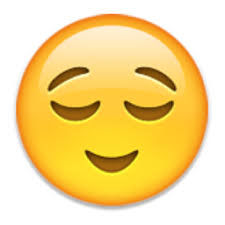 Patricia is a 54-year-old vice president of engineering at a major communications company.  She spent years climbing the corporate ladder, gaining the respect of her peers along the way.  She worked hard and made sacrifices to build her career.  Her accomplishments and success became an integral part of her personal identity.

Unfortunately, at the height of her career, she was struck by a neurodegenerative condition called “Multiple System Atrophy.”   Devastated and terrified, she began to experience progressively worsening visual and cognitive problems.  Patricia wasn’t sure what her future would hold, but she knew she wanted to keep working for as long as possible.

The next few months weren’t easy.  Patricia encountered more and more difficulty at work as her symptoms progressed.  Tasks that were once easy became a struggle.  By the end of the workday, she was completely drained of energy.  She was constantly exhausted, frustrated, and irritable.  She could feel her quality of life and work spiraling downward.

At this point, Patricia realized it was time to start thinking about long term disability.  Unsure where to start, she contacted Riemer Hess.

With the help of Riemer Hess, Patricia discretely obtained a copy of her long term disability policy from her employer.  After carefully reviewing the policy, Riemer Hess met with Patricia to learn more about her situation and understand her personal goals.

During their initial meeting, Riemer Hess learned that Patricia’s company planned to perform layoffs over the next few months.  Patricia was terrified her job was at risk.  Her primary goal was to leave work as soon as possible.  Riemer Hess also learned Patricia’s doctors had been more concerned about her visual problems than her cognitive problems.  As a result, Patricia had seen many eye specialists, but no cognitive specialists yet.

Riemer Hess immediately sprang into action by developing a personalized plan to protect Patricia while she exited work.  The strategy included:

When the time was right, Riemer Hess instructed Patricia to call in sick and see her doctor.  With the help of Riemer Hess, Patricia’s doctor provided a letter stating she could no longer work due to her condition.  Riemer Hess immediately provided the letter to Patricia’s employer.

Patricia’s employer was planning to fire her the very next day – thankfully, Patricia was protected.

When Riemer Hess filed Patricia’s disability claim, the insurance company approved it within a few short weeks.  Patricia was able to rest easy knowing her future was in good hands.

Are you ready to start your disability claim?  Download your Disability Claim Checklist to learn everything you'll need to file your claim! Read helpful information about designing an exit strategy to maximize your chances of winning your claim in this 5-page guide.

Don’t want to face the insurer alone?  Check out our case study below!