At Riemer Hess, their disability lawyers in New York engage in extensive federal litigation against insurers under ERISA. ERISA has been described, only half-comically, as Everything Ridiculous In the world Since Adam. However, given our many years of experience litigating these cases, we have developed proven strategies to overcome these obstacles. 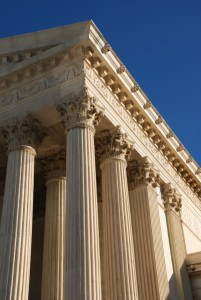 The Standard of Review

Often the most important issue in a case is the standard of review applied by the Court. There are two standards: the de novo standard of review, which is the default standard; and the arbitrary and capricious standard of review, which applies when the policy grants the insurer with discretionary authority to determine benefits and to interpret the terms of the policy. If the de novo standard applies, the Court will review the evidence and rule in your favor if a preponderance of the evidence establishes disability. This standard puts you on a level playing field, where the court is free to side with you and your doctor over the doctor of the insurance company. However, if the arbitrary and capricious standard applies, the Court will grant deference to the determination of the insurer and rule in its favor, unless the insurer’s determination was not supported by substantial evidence, unreasonable or contrary to law. While the insurer is not a mere rubber stamp affirming the insurance company, it is a significant burden to establish that the insurer’s was arbitrary and capricious. It is not enough to show that the determination was incorrect, to win you need to establish that it was unreasonable.

One of the biggest challenges in ERISA litigation is the Court created rule that the Court’s review of a benefit dispute is generally limited to the contents of the Administrative Record. In other words, the court will not consider additional evidence outside the Administrative Record no matter how compelling the evidence may be of your disability. There are circumstances in which the Court will review some additional evidence and information, but those circumstances are few and far between. At Riemer Hess our disability lawyers in New York have developed proven strategies to overcome this obstacle.

1. Pack the Record Prior to Litigation. The administrative record consists of the documents and information reviewed by the insurer during its review of your claim and appeal. Because we know that a Court is unlikely to review evidence during litigation that was not submitted to the insurer, when preparing your claim and appeal, we spend a lot of time and effort gathering all the evidence that we would need if we needed to eventually litigate your claim. In many instances, the insurer is not as diligent packing the record with evidence to support its position as we are. For example, we have had cases where we had evidence pertaining to your occupation, including the report of a vocational expert, and the insurance company did not even consult a vocational expert. This disparity has permitted us to successfully argue to the Court that it should credit the plaintiff’s evidence because it is unrebutted.

2. Submit a Second Appeal: Prior to initiating a lawsuit, our disability lawyers in New York conduct a thorough analysis of the appeal denial letter and the respective post-appeal claim file to assess whether a second appeal is appropriate, as opposed to heading directly into litigation. We advise our clients to submit a second appeal where the claim file is missing evidence that is typically submitted with the appeals prepared by our firm, as detailed supra. The second appeal option is generally applicable to clients who did not have his/her appeal prepared by our firm. We also advise our clients to submit a second appeal where the insurer specifically identifies what additional information is needed to perfect his/her appeal. We want to be in a position to argue to the Court that the insurer improperly continued to deny your claim even after we submitted the information the insurer claimed was missing.

The bulk of the parties’ disputes during litigation arise during the discovery phase. Discovery is a period of fact-finding for both parties, where requests for production of documents and interrogatories are served on the opposing party. Depositions of witnesses also are taken during the discovery period.

At Riemer Hess, our disability lawyers in New York are prepare and serve discovery demands, which are specifically tailored to each insurer. We aggressively probe into the insurer’s conflict of interest in order to divulge facts regarding the unscrupulous practices of insurance companies—particularly when the insurer serves in the dual role as both claims administrator and payor of benefits.