If you file an Employee Retirement Income Security Act (“ERISA”) long term disability lawsuit, your success will depend heavily on which legal standard of review the court applies.  The standards are anything but equal.  The one used in your case can have a substantial impact on your success.

The Two Standards of Review Courts May Apply

Within the Second Circuit (including New York), there are two standards that federal courts use to review the decisions of insurers in ERISA long term disability lawsuits: (1) a “de novo” standard; and (2) an “arbitrary and capricious” standard (also known as an “abuse of discretion” standard). 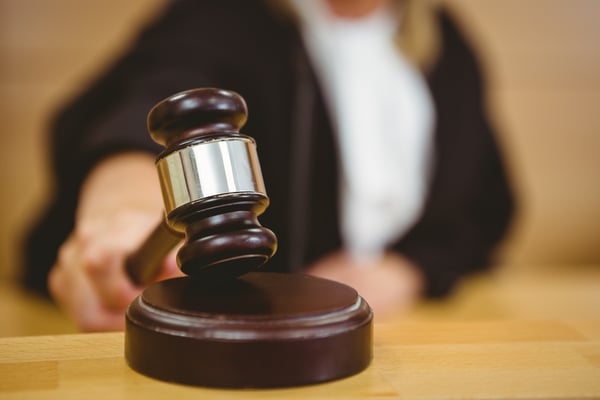 A De Novo Standard: Making it Easier to Overturn the Adverse Decision

When applying the de novo standard of review in the Second Circuit, the court stands in the shoes of your insurer. The insurer’s previous determination is not taken into account. The court evaluates the evidence with a fresh set of eyes and decides whether you are disabled under the terms of your plan.

The de novo standard of review means the court will give no deference to any prior determinations made by your insurer.  Because the court conducts a new and impartial review of your claim, this standard usually gives you the “fairest shake” in court.

An Arbitrary and Capricious Standard: Making it Difficult to Overturn the Adverse Decision

Although de novo is the default standard, the court may apply a more stringent standard called “arbitrary and capricious” review if the administrator demonstrates that it was effectively granted discretionary authority.  This standard is sometimes referred to as an “abuse of discretion” standard.  The arbitrary and capricious standard of review tends to favor the insurer and make it more difficult to overturn their decision.

Under the arbitrary and capricious standard of review, the court does not make a new decision about your claim with “fresh eyes.”  Rather, the court reviews the administrator’s decision and only overturns it if it was “unreasonable” – that is, if the decision was an abuse of the insurer’s discretion.  If the court uses an arbitrary and capricious standard of review, you may have a taller hill to climb to prove the insurer’s decision was incorrect.

How the Court Will Determine Which Standard to Apply

How do courts decide which standard of review to apply to your ERISA long term disability lawsuit? To answer this question, the court must apply an analysis involving several steps. 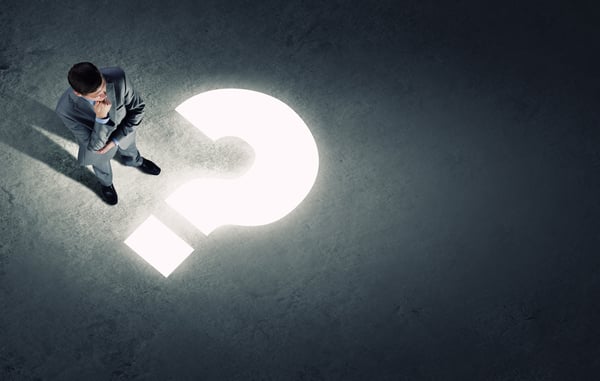 Does the Plan Document Contain Language Purporting to Grant Discretionary Authority to the Plan Administrator?

Did the Entity that Made the Adverse Determination Have Discretion?

If the decision-making entity was, in fact, delegated discretion by the plan document, the court will move to the next step.

Is the Discretionary Language Effective for the Type of Decision Made?

The court will then look to see whether the plan grants discretion to the decision-maker for the type of decision that it made.

Did the Decision-maker Forfeit Its Discretionary Authority by Violating ERISA’s Procedural Claims Regulations?

In the Second Circuit, including district courts in New York, the decision-maker can forfeit its discretionary authority by violating ERISA’s procedural claims regulations.  Indeed, even if the plan effectively grants discretion, the court will still conduct a de novo review if: (1) the decision-maker failed to comply with ERISA’s procedural claims regulations; and (2) its claims violations were neither inadvertent nor harmless.  Halo v. Yale Health Plan, 819 F.3d 42 (2nd Cir. 2016).

Under Halo, types of procedural claims violations that may trigger de novo review include failure to:

If the insurer has committed any of these or other ERISA violations, de novo review should apply unless the insurer demonstrates that its violation was both inadvertent and harmless. 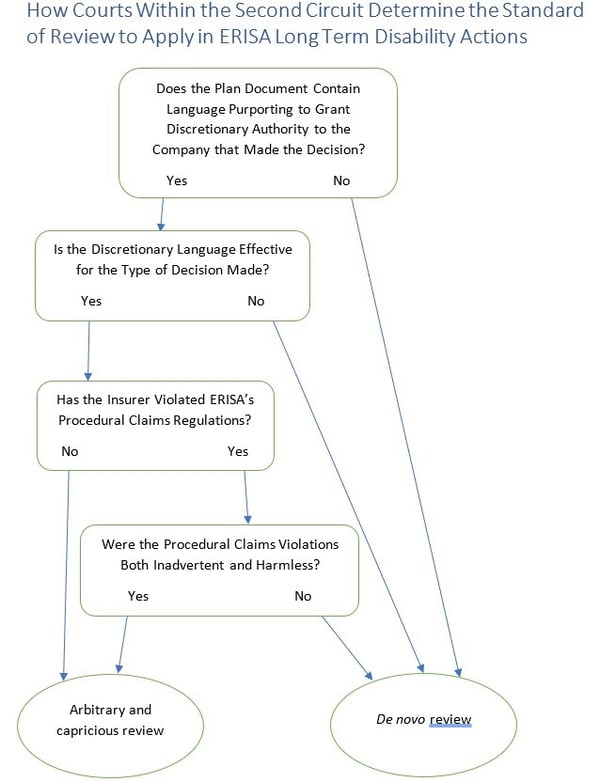 The standard of review the court applies in your ERISA long term disability lawsuit will have a significant effect on your chances of success. The experienced ERISA attorneys at Riemer Hess know how to make sure the court gets it right. We’ve been litigating these cases in the heart of New York City for over 25 years. Contact us to discuss the best strategy for your ERISA long term disability lawsuit.