Myasthenia gravis is an autoimmune disease that causes interruption in neuromuscular transmission (the connection between nerve and muscle).  It results in weakness in the muscles that control the face, neck, eyes, which may later be followed by weakness in the upper and lower extremities.  In some cases, the disease may eventually cause difficulty breathing.

Here are several things you need to know before filing your long term disability claim for myasthenia gravis.

Know the Insurance Company Will Want Proof of Your Diagnosis

Myasthenia gravis can mimic symptoms seen in a variety of other disorders, such as muscular dystrophy, ALS, stroke, multiple sclerosis, Gillian-Barre syndrome, and tick paralysis.  To complicate things further, the symptoms tend to fluctuate over time.  Many individuals see multiple specialists and undergo exclusionary tests to rule-out other possible causes.  Thus, it's not uncommon for myasthenia gravis to go undiagnosed for months.  In fact, in some cases, it may take years for a proper diagnosis.

The insurance company will require objective proof of diagnosis.  This may include:

Recognize That Early Myasthenia Gravis Symptoms Can Be Disabling

Your work doesn’t have to be physically strenuous for early symptoms to be disabling.  If you work in an office setting, early symptoms of myasthenia gravis can significantly decrease your ability to perform your job duties.

Early symptoms may include weakness in muscles that control movements of the eyes and eyelids, which causes ocular weakness.  Double vision (diplopia), droopy eyes (ptosis), and partial paralysis of eye movements (ophthalmoparesis) are common.  Other early symptoms include weakness and fatigue in the neck and jaw (bulbar weakness), which can eventually make it difficult to chew, swallow, speak, and hold your head up straight.

If you work in an office setting, you may initially have trouble sitting for prolonged periods of time at a desk or using a computer screen.  It may also become difficult to read and process written material at a productive pace due to ocular symptoms. You may find that you need rest breaks more frequently as your muscles fatigue and weaken quickly.  These issues can result in decreased productivity and an inability to meet demanding work expectations.

Eventually, the weakness may spread from the face and neck to the upper and lower extremities.  This can make it difficult to walk, rise from the seated position, lift your arms over your head, or climb stairs, which can make it unsafe for you to independently navigate your workplace.  Assistive devices may become necessary, such as a cane, walker, or wheelchair.  Eventually, the weakness may spread to muscles in the chest that control breathing.

Consider Creating a Timeline of Your Disability

Because myasthenia gravis symptoms appear slowly over time, some individuals can continue working until the disease progresses further.  If this is true in your case, the insurance company will want to know why you could work one day, but not the next.  To answer this question, it may be helpful to compile a timeline of your symptoms, diagnosis, treatment, and resulting disability.

Having this timeline will be extremely helpful for several reasons.  First, the timeline can help you when answering the insurance company’s questions about the progression of your symptoms.  Second, the timeline will help to ensure that your responses and explanations are consistent.  Finally, timeline may also serve as a helpful reference for your legal team.

Be Prepared to Explain the Nature of Myasthenia Gravis

Myasthenia gravis is not as common as many other disabilities, such as back problems, arthritis, or diabetes.  In fact, the prevalence of myasthenia gravis in the United States is currently estimated at 14 to 20 per 100,00 population, representing a total of approximately 36,000 to 60,000 cases nationwide.  Because of this, the insurance company representative assigned to your claim may not understand the nature of your diagnosis or symptoms.

You should be prepared to thoroughly explain your symptoms and the progressive nature of the myasthenia gravis to ensure that the representative understands your condition. 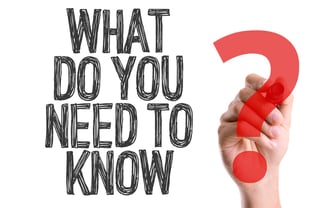 Depending on which insurance company you are filing with, the claims representative may also want to interview you after your long term disability application forms have been submitted.  The representative will want to hear you describe your condition in your own words.  These interviews are usually conducted by phone, but are sometimes done in person.