What's the best strategy for my long term disability claim?

“Dr. X” was a successful Dentist in Westchester County suffering from major depression, anxiety, and associated symptoms.  She applied for benefits and the insurance company granted them under the policy, subject to the two year mental illness limitation in the policy.

While out on disability, Dr. X subsequently sustained physical injuries to her right shoulder when she fell walking down a flight of stairs.  These injuries, independent of her depression and anxiety, precluded her from performing routine dental procedures with her dominant arm. 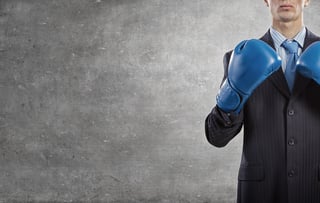 Dr. X met with Riemer Hess and determined that the insurance company improperly applied the 24-month Mental Illness Limitation despite her physical impairments. Riemer Hess recommended that Dr. X undergo a vocational analysis to clarify her job duties, and a functional capacity evaluation to assess the impact that Dr. X’s physical impairments had on her ability to perform her occupation.

The team got to work assisting Dr. X with her appeal, by gathering medical reports and records from Dr. X’s treating providers.  The insurance company acknowledged Dr. X had support for partial limitations for her physical impairments, but maintained that she did not satisfy the definition of “Total Disability.”  The insurance company offered to pay out partial limitations, which represented a small fraction of the benefits Dr. X was entitled to.

Mr. Riemer agreed to file a lawsuit in federal court on behalf of Dr. X recognizing that the insurance company’s offer to pay out partial limitations was financially too low in light of the insurer’s own admission that Dr. X suffered from a physical impairment of her neck and dominant upper extremity.

Mr. Riemer was able to settle the case with the insurer for a sum that was satisfactory to Dr. X shortly after the lawsuit was initiated saving both parties substantial legal costs and time.