What's the best strategy for my long term disability claim?

Barry, a corporate attorney in suburban Connecticut with emphysema, suffered from disabling symptoms, including shortness of breath, chronic coughing, extreme fatigue, dizziness, lightheadedness and neuropathy.  As his medical condition progressed, it became more and more difficult for Barry to communicate effectively with his clients and perform his job duties. His pulmonologist, seeing that his lung capacity was down to 37%, urged Barry to cease work.

It was at this point that Barry came to Riemer Hess. 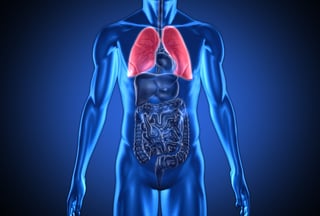 Barry met with Scott Riemer who devised a realistic exit strategy which would enable Barry to leave his decades-long career without burning bridges.  Mr. Riemer recommended that Barry undergo a functional capacity evaluation to document his actual restrictions and limitations, and the challenges with his activities of daily living, such as being unable to breathe following even minimal exertion.

Without much energy to prepare paperwork, Barry relied on Team Riemer to file his applications for Short Term Disability and Long Term Disability benefits with both his employer’s group long term disability carrier and the carrier who maintained his individual disability policy.  Team Riemer assisted Barry in completing the necessary Proof of Claim forms, and liaised with his employer and health care providers to obtain the necessary documentation to support his claims.

After submitting Barry’s applications, his claims for STD and LTD benefits were approved seamlessly by both insurance carriers.  Riemer Hess proudly continues to represent Barry – assisting him and his doctors in preparing routine updates required by his insurance companies.  Instead of focusing on filling out long, confusing forms, Barry can devote his energy to managing his health.