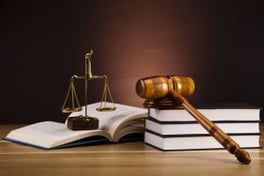 Ms. Chicco was a New York accountant and tax manager who last worked at an international investment firm before becoming disabled due to progressive and debilitating spinal conditions.  Riemer Hess filed the lawsuit on Ms. Chicco’s behalf under the Employee Retirement Income Security Act (ERISA) to recover benefits that Unum had wrongly denied under her long term disability insurance plan.

In Chicco, the Court ordered Unum to pay Ms. Chicco 20 months of wrongly denied retroactive disability insurance benefits.  The Court also remanded the case back to Unum to reconsider whether additional benefits were payable.  During the remand, Riemer Hess seized the opportunity to bombard Unum with additional evidence in further support of Ms. Chicco’s claim.  These efforts paid off for Ms. Chicco.  Ultimately, Unum released an additional 25 months of benefits to Ms. Chicco and reinstated her future benefits, for as long as she continues to satisfy the terms of her long term disability insurance plan.

The Court’s decision in Chicco and post-remand outcome demonstrate that a claimant can never submit too much evidence in support of their long term disability claim.  As detailed below, Riemer Hess' extraordinary development of the evidentiary record is what convinced both the Court and Unum to finally pay Ms. Chicco what she deserved.

Ms. Chicco had been working since 2007 as an accountant and tax manager at D. E. Shaw & Co., L.P., a world-renowned and highly respected global investment firm.  As an employee benefit, Ms. Chicco enrolled in a high-end group long term disability plan insured by Unum.  The plan defined disability under an “own occupation” standard.  To be eligible for disability benefits under this standard, Ms. Chicco needed to prove that she could not perform the material duties of her own occupation.  These duties were both physically and cognitively demanding.  They included complex tax calculations, researching, attending meetings, and committing to forty-plus hours of work a week, especially during tax season.

Starting in 2013, Ms. Chicco began experiencing fatigue, weakness, and back pain.  Her symptoms only progressed from there.  By 2018, her pain became far more intense and her ability to sit and stand became severely impaired.  In May of 2018, Ms. Chicco left work and filed a long term disability claim with Unum.  Unum initially granted the claim and paid Ms. Chicco long term disability benefits.  However, Unum’s approval was short-lived.

While receiving disability benefits, Ms. Chicco expressed interest in attempting to return to work during her conversations with her doctor.  In October, she returned to work on a part-time basis, with the hope that she would gradually increase her hours and resume a full-time schedule by mid-December.  Her doctor monitored the work attempt firsthand.  Unfortunately, the plan did not work as well as Ms. Chicco and her doctor had hoped.  As Ms. Chicco attempted to increase her hours, she experienced a correlating increase in her pain and other symptoms.  This required her to receive several rounds of invasive spinal injections, and ultimately prevented her from resuming the full-time schedule as she had hoped to do.

Unum cut benefits off, effective mid-December.  Despite evidence of an ongoing disability, Unum insisted that Ms. Chicco was no longer disabled because she had attempted to return to work for several months.  Essentially, Unum took the position that Ms. Chicco could have assumed a full-time schedule if she just pushed herself harder.  At this point, Ms. Chicco hired Riemer Hess for assistance in her fight against Unum.

Riemer Hess filed an administrative appeal with Unum on Ms. Chicco’s behalf.  With the proactive planning of Riemer Hess, Ms. Chicco’s appeal was well-supported by an overwhelming wall of evidence.  At our recommendation: 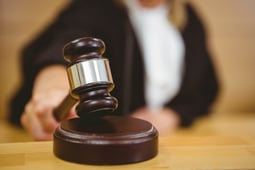 After Unum terminated Ms. Chicco's disability benefits, Riemer Hess filed a federal lawsuit on Ms. Chicco's behalf in the United States District Court for the Southern District of New York.  The Court ruled in Ms. Chicco's favor.  Applying a de novo standard of review, the Court concluded that a preponderance of the evidence demonstrates Ms. Chicco is “unable to perform the material and substantial duties of her regular occupation” and is therefore disabled.  In doing so, the Court rejected each of Unum’s excuses not to pay.

Fourth, the Court rejected Unum’s argument that Ms. Chicco’s disability was due to fibromyalgia, rather than her primary diagnosis of radiculopathy.  The Court noted that Unum ignored diagnostic testing that confirmed spinal abnormalities, but it ultimately did not matter because Ms. Chicco's claim did not hinge on an exact primary diagnosis.  Under Ms. Chicco’s long term disability plan, she need only demonstrate that she has a medical condition that prevents her from performing the material duties of her own occupation.  The Court found that whether her disability stems from a primary diagnosis of radiculopathy or fibromyalgia is irrelevant because the evidence demonstrates that she is disabled.

The Outcome of the Court-Ordered Remand

During the Court-ordered remand, Riemer Hess seized the opportunity to further bolster Ms. Chicco’s claim with updated evidence.  With the strategic guidance of Riemer Hess, this new evidence included:

Riemer Hess had to spring into action fast to ensure that all evidence was submitted in a timely and orderly manner.  Fortunately, this dedication to the claim paid off.  Unum ultimately released all remaining benefits owed to Ms. Chicco and will continue to pay Ms. Chicco future benefits, subject to the terms of the long term disability plan.

In conclusion, it is imperative to have adequate evidence in proving disability.  Although Unum initially ignored the substantial evidence presented by Ms. Chicco, the Court did not.  Going forward, Riemer Hess will assist in monitoring Ms. Chicco’s claim. Riemer Hess will remain in her corner to help ensure that Unum does not engage in tactics to wrongfully ignore her evidence and terminate her benefits again.

Disability insurance claims can be confusing and complicated.  With so much at stake for you, your family, and your future, we understand how important your case is.  The experienced attorneys at Riemer Hess will fight the insurance companies for you.

Riemer Hess can assess your situation, explain your legal rights and options, and answer any questions you have about long term disability insurance.  To schedule your free consultation, call Riemer Hess today at 212-297-0700 or select the button below. 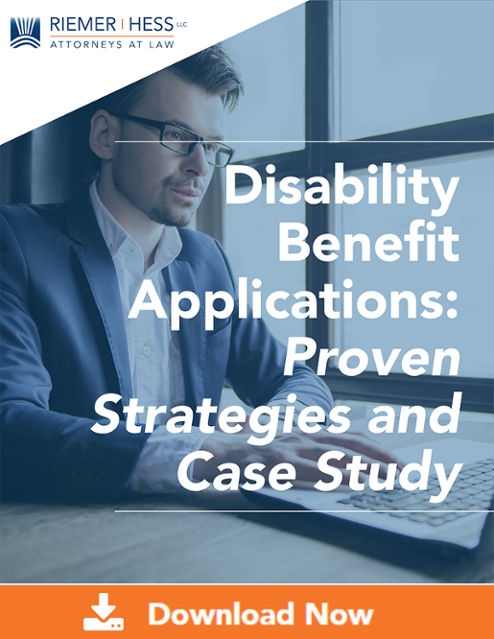