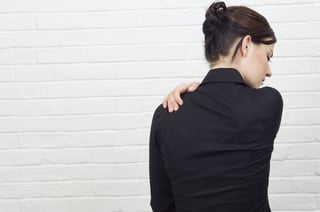 “Barbara” was an ambitious young associate attorney at a major law firm. She had been hampered by a degenerative back and spine condition most of her life but was still driven to complete law school and obtain a job at a prestigious law firm. By the time that she reached her early 30’s, however, Barbara could no longer fight her debilitating pain. She stopped work and applied for disability benefits on her own.

The insurance company turned down Barbara’s claim as well as her subsequent appeals, asserting that Barbara submitted insufficient proof of disability for her “sedentary” occupation.

Prior to commencing litigation, the Firm submitted an additional appeal in an effort to bolster the claim file. The appeal contained substantial new evidence from Barbara’s treating physicians and a detailed affidavit from Barbara explaining the activity level required of her job. When, as expected, the insurer turned down the additional appeal, the Firm commenced a lawsuit on Barbara’s behalf in Federal court.

With the potential impact of the newly submitted evidence, a settlement was reached providing Barbara with a substantial lump sum. Barbara can now get on with her life without the constant fear of financial ruin.